The whole family is invited to join us for Winter Inning on Sunday, January 12 at the Durham Performing Arts Center. This year, we are excited to have a Winter Inning Spectacular that will include four unique acts, including host David Darwin, magician Jason Hudy, ventriloquist Lynn Trefzger and 4D juggler Mark Nizer. Come on out for a day full of fun with your family and tribe.

You don't have to be a Y Guide participant to attend this event. Bring your friends and family; everyone is welcome to join us!

David Darwin - emcee and host: David Darwin invites you to step inside a world of his own creation, a place where the chains of technology can be broken by the spectacle of inspired live performance. He has evolved past sideshow into a new ago of vaudeville - the one man guaranteed to astound audiences of all ages!

Lynn Trefzger and her trunk of comical characters has performed worldwide and she's featured in the comedy doc, "I'm No Dummy" alongside Jeff Dunham and Jay Johnson.

Mark Nizer 4D has taken juggling to a new level. Making the impossible possible and the improbable probable. He's taken his one-man show to performing arts venues around the world.

Jason Hudy is an award-winning magician who's performed over 8,000 shows around the globe for some of the world's top theaters, casinos, cruise ships and even on the "Late Late Show" on national CBS-TV. Prepare for a show filled with magic, comedy and illusions that are sure to amaze and amuse!

*Prices do not include taxes or online service fees 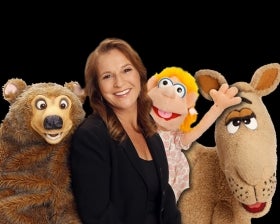